The line has a total length of 13.7 kilometers and eight stops, running from the Xi'an North Passenger Station in the west to Heshao Station in the east.

It connects the Xi'an Xianyang International Airport, the comprehensive transportation hub of the Xi'an North Passenger Station, and the Xi'an Olympic Sports Center. 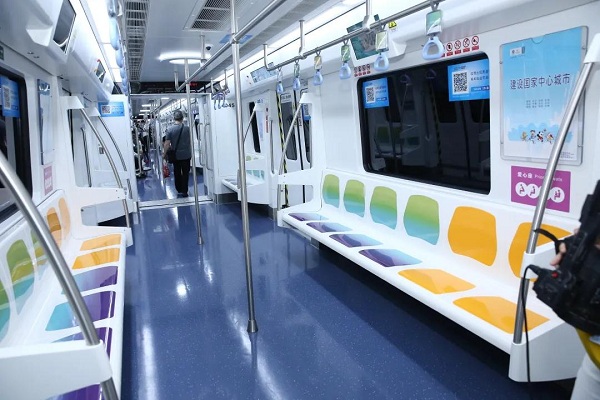 A smart station system has been set up throughout the metro line, adopting technologies such as artificial intelligence and 5G networks.

At the Xi'an Olympic Sports Center Station, the design and services contain elements of China's 14th National Games, with each channel featuring a different style related to the games.

"We have prepared a travel guide for passengers with a detailed metro map, as well as candy and fans, all featuring things like the mascot of China's 14th National Games," said a worker at the Xi'an Olympic Sports Center Station's service desk.