The games are scheduled to be held in Shaanxi province on Sept 15-27, with Xi'an as the main host city. 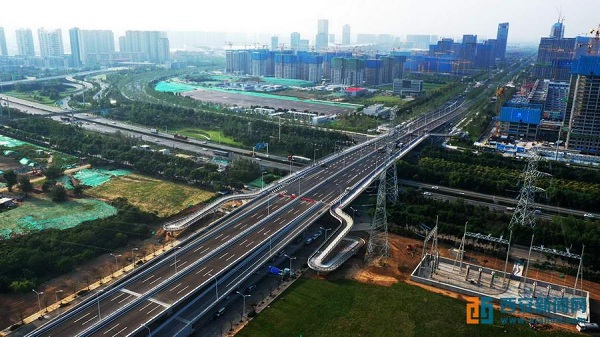 An aerial view of the cross-city high-speed interchange of Aoti Avenue in Xi'an. [Photo/Xi'an news network]

The avenue starts from Yuanshuo Avenue in Xi'an International Trade and Logistics Park in the north, running to Xianghuai No 6 Road in the Chanba Ecological District in the south.

It is the main thoroughfare connecting the city administrative center and the Xi'an Olympic Sports Center.

The new motorway has three lanes in each direction. There are not only two barrier-free slow lanes and sidewalks on both sides of the interchange, but also facilities to meet the needs of residents for cycling or walking.

The new interchange is widely seen as being of great significance in handling the flows of commuters and travelers expected during the China's 14th National Games.