The industrial development plans during the 14th Five-Year Plan (2021-25) period for Xi'an – capital of Northwest China's Shaanxi province – reportedly got the green light from the municipal government on Nov 17.

The plans propose that by 2025 the city's modern industrial system will have basically taken shape, while breakthroughs will have been made in the construction of a city that is strong in advanced manufacturing.

By that year, the total output value of advanced manufacturing above a designated size will increase more than 15 percent annually. The number of national high-tech enterprises will exceed 10,000, and the total economic volume of its businesses is projected to reach more than 1.4 trillion yuan ($219.53 billion). 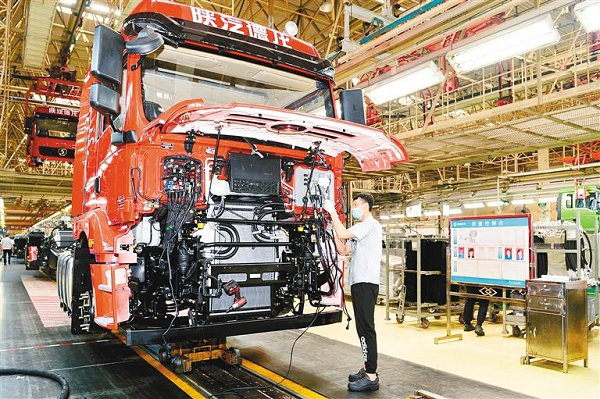 The city will also speed up the development of its manufacturing innovation system with enterprises as the main driver. It will be market-oriented and have in-depth integration of production, education and research.

In addition, Xi'an's service trade will maintain rapid growth. The scale of cross-border e-commerce transactions will exceed 15 billion yuan, with the amount of foreign investment in actual use amounting to $10 billion.

In terms of the integrated development of its cultural and tourism industry, by 2025, the total revenue of the tourism industry will exceed 500 billion yuan. The city will also be home to 950 cultural enterprises above a designated size.

Meanwhile, Xi'an's urban modern agriculture is expected to maintain high-quality development. By 2025, the total output of grain is projected to be about 1.2 million metric tons, while there will be more than 15 modern agricultural parks.