On Jan 11, Xi'an – capital city of Northwest China's Shaanxi province – reported eight locally confirmed COVID-19 cases, the first time the number of newly confirmed cases in the city in a single day had dropped to single digits since Dec 18, 2021.

Lyu Yongpeng, deputy director of the Xi'an health commission, announced the development at a news conference held on Jan 12, adding that the current pandemic situation was gradually improving. 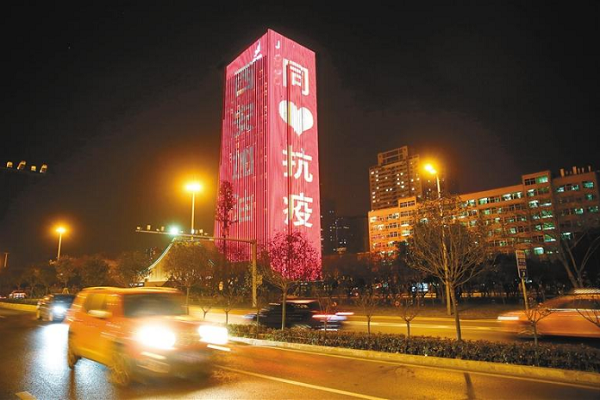 Slogans that aim to cheer up the public during the pandemic are displayed on a high-rise building in Xi'an on Jan 12. [Photo by Li Ming/Xi'an Daily]

The number of cured patients has reportedly now exceeded a quarter of the total number of confirmed cases. In addition, 27 medium-risk areas have been downgraded to low-risk areas – and nine districts, counties and development zones in the city have no medium- or high-risk areas.

As of midnight on Jan 11, a total of 540 confirmed patients had reportedly been cured and transferred to Xi'an Qinhuang Hospital and the Fourth People's Hospital of Shaanxi for monitoring and isolation.

In response to the positive changes in the pandemic situation, Xi'an has gradually opened up more  supermarkets, convenience stores, fresh food stores and other suppliers of daily necessities. 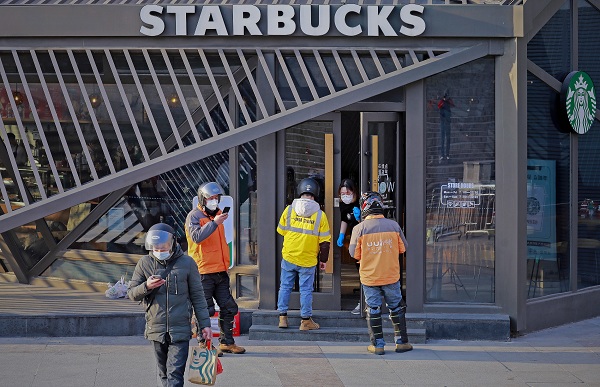 Couriers queue to take orders at a Starbucks outlet in Xi'an on Jan 11. [Photo/CFP]

As long as they strictly implement prevention and control measures, restaurants and catering companies can deliver orders through takeaways and other methods.