The 110,000-square-meter Xinsi Heritage Park, located within ITL Park, has unleashed the vitality of the early spring, with Chinese redbuds, oriental paperbush flowers and plum blossoms bursting to life. 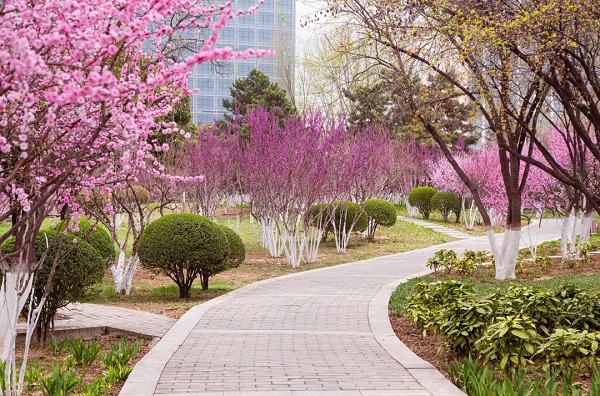 "So far, most of the flowers in the park are still budding. The park will full bloom by mid to late April. At that time, the flowers such as the Chinese herbaceous peony will all be in bloom, and the 200-meter-long cherry blossom avenue in the park will build the most spectacular scene in the entire park," said the person in charge of park conservation. 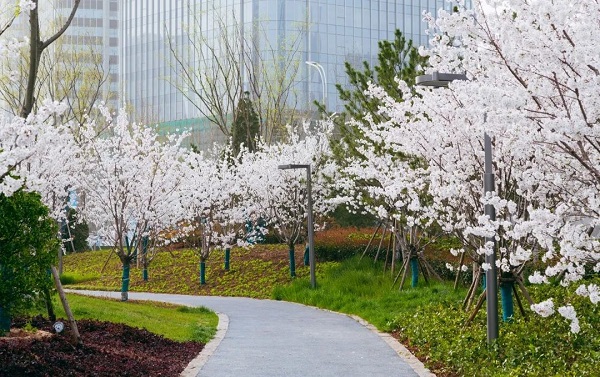 The Gangxing Third Road, rated as one of the "most beautiful streets" in Xi'an, is dominated by five-horned maples and Yoshino cherry trees, along with plants such as goldenrain trees.

Other areas such as the Olympic Sports Central Park, Bahe East Road, and Gangwu Avenue, are also looking stunning, with various kinds of flowers blooming. 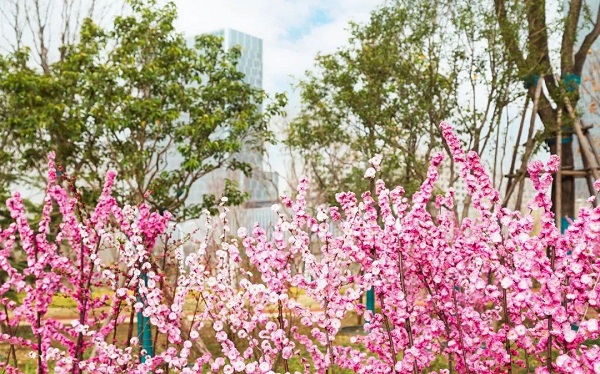