The Xi'an International Trade and Logistics (ITL) Park became the first inland port in the country to be approved for the pilot qualification of the tax refund policy for land departure ports, which took effect in ITL Park on March 15. 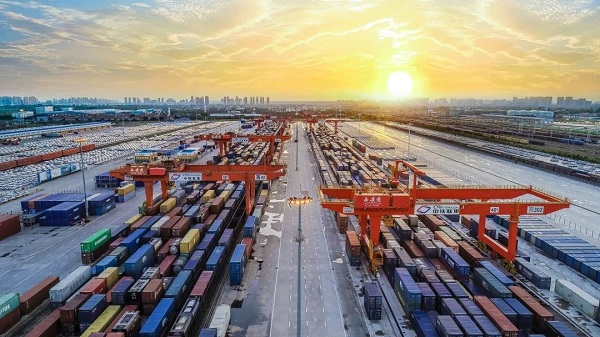 "In the past, when goods were transported to overseas customers, the tax refund could only be applied after the goods actually left the country. Now we can enjoy the tax refund policy at the port of departure. As long as the goods are loaded on the China-Europe Chang'an freight train, the tax refund can be applied," said Huang Xiaoning, general manager of the company.

"When engaging in international trade, capital turnover is the biggest source of pressure. Tax refund processing time has been shortened from several weeks to just a few days. For enterprises, it not only improves the efficiency of capital turnover, but also enhances the ability to resist risks. In the future, we will have more confidence in expanding the market," Huang said.

Two special business windows related to the tax refund policy for land departure ports have been set up in ITL Park to allow more export enterprises to benefit from policies.